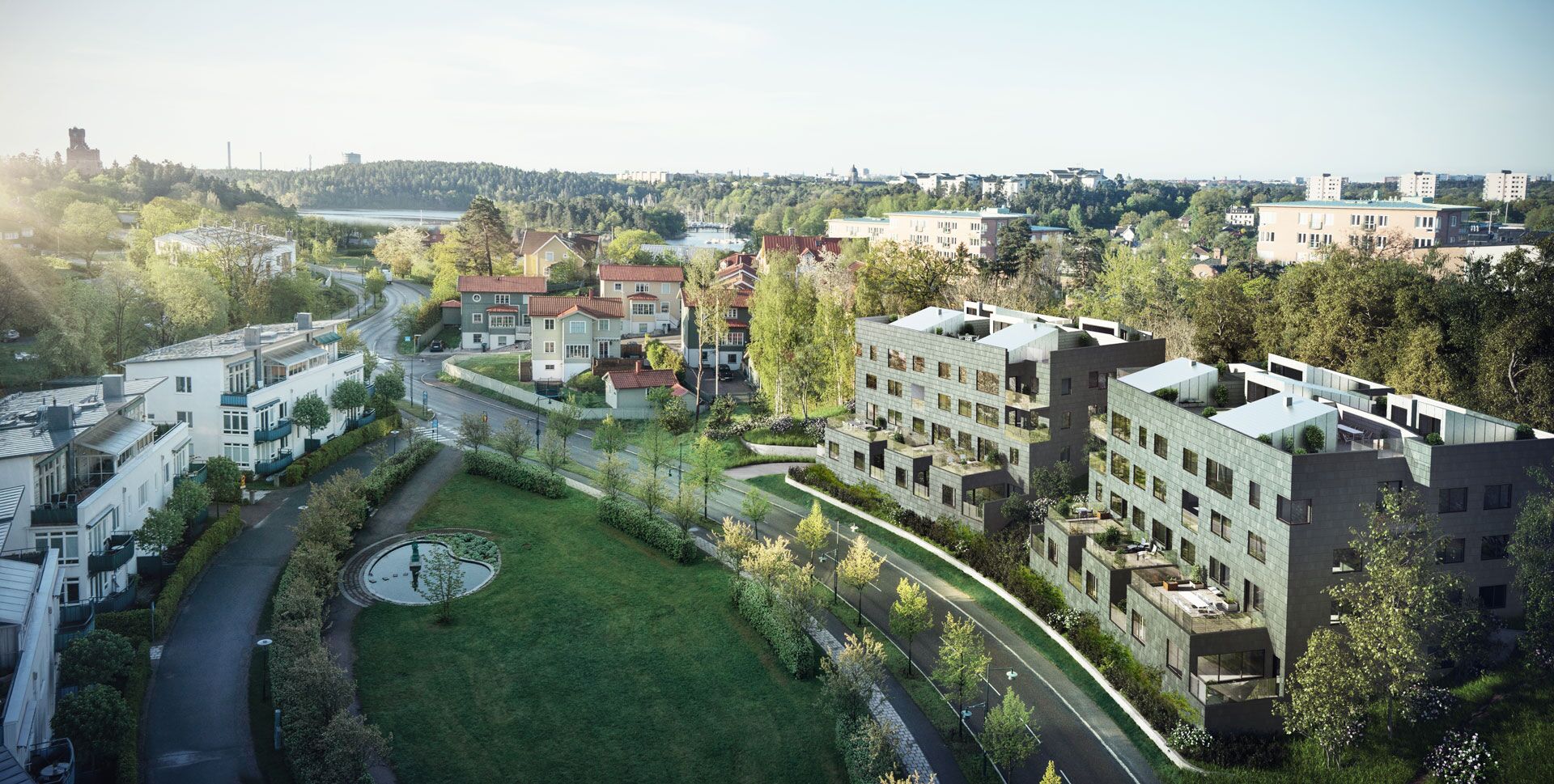 During the year of 2020 HSB will raise several new apartment buildings in Stockholm, such as. by Telefonplan in Hägersten, Telegrafberget in Nacka and in Hagastaden on the outskirts of Vasastaden. The Gothenburg-based agency Zynka Visuals manages the production of visualization images for these projects, and on their behalf, we have shot image backgrounds photographed from drones. In the case of Zynka, we have previously supplied drone photos for processing by their highly skilled image artists through the real estate developer company Patriam (drone image seen above), and we're very happy that Zynka wanted to continue using our drone services.

Conducting drone photography in Hagastaden – that is, 30 meters from New Karolinska Hospital Solna – is, to say the least, cumbersome. Firstly, the area is less than 5 km from Bromma Airport, which means a total ban on flying by drone other than when the airport is closed. As a result, we had from Saturday 17:00 until Sunday 12:00 to shoot the drone images. But the helipad on top of the hospital is also an airport, and in order to be allowed to fly closer than one kilometre, you need to apply for permission one week in advance. In addition, during the flight the operator must be reachable via two separate telephone numbers:, so that the security department can order you to immediately land the drone if an ambulance helicopter is- in- or outbound. In this case, the client wanted the drone photos taken in relatively cloudless weather which was tricky in October 2020 which was particularly grey. We made a total of three visits to the construction site at Hagastaden in order to deliver the drone photo backgrounds with a look that the customer had requested. 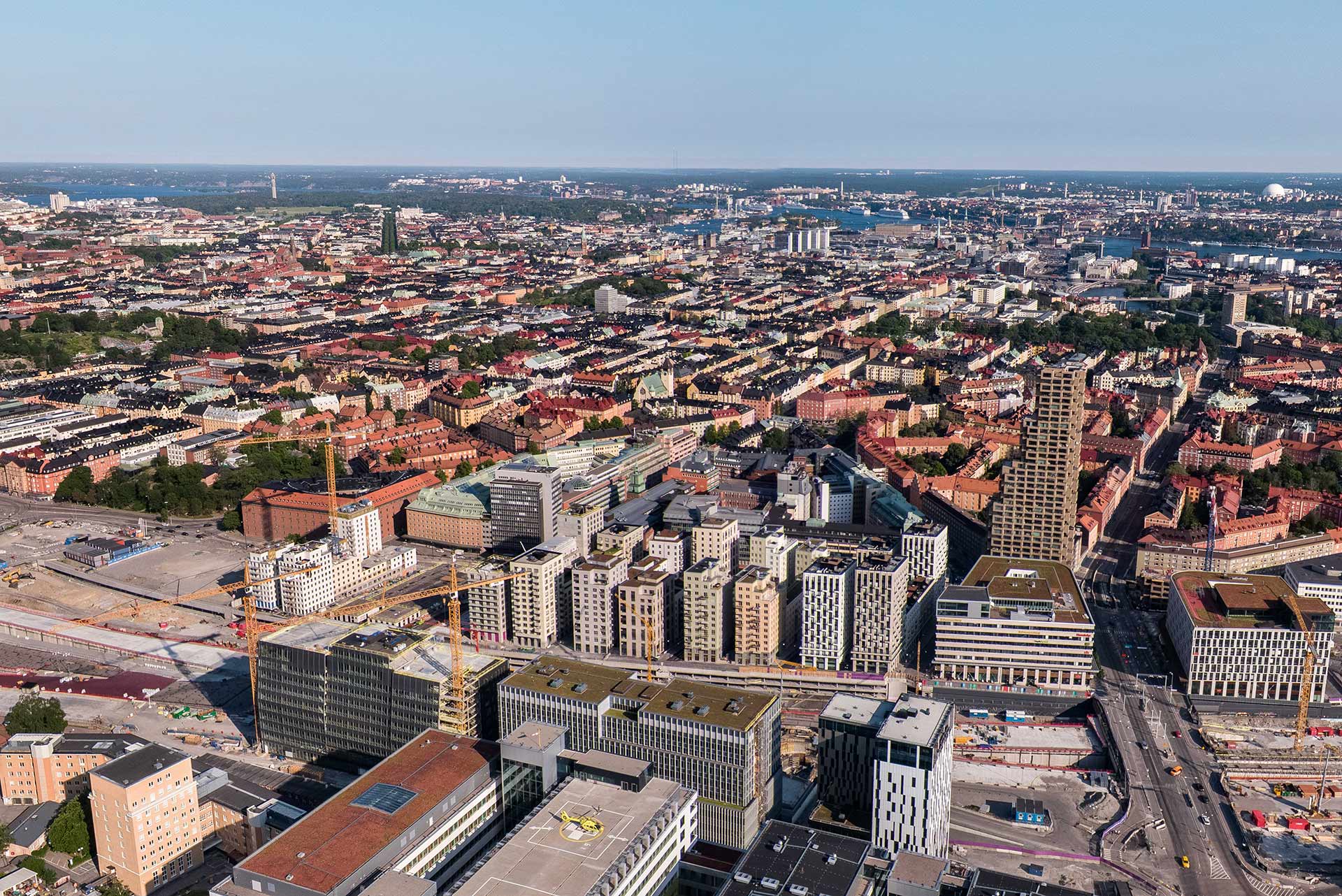 A drone image we have previously taken for the construction company Besqab shows Hagastaden's proximity to New Karolinska Hospital Solna and its helipad.

Telefonplan and Telegrafberget on the other hand, are both situated more than 5 km from Bromma Airport, which allowed us to fly our drones up to 50 metres above ground even when the airport was open. That was enough for the client's requirements in this case. 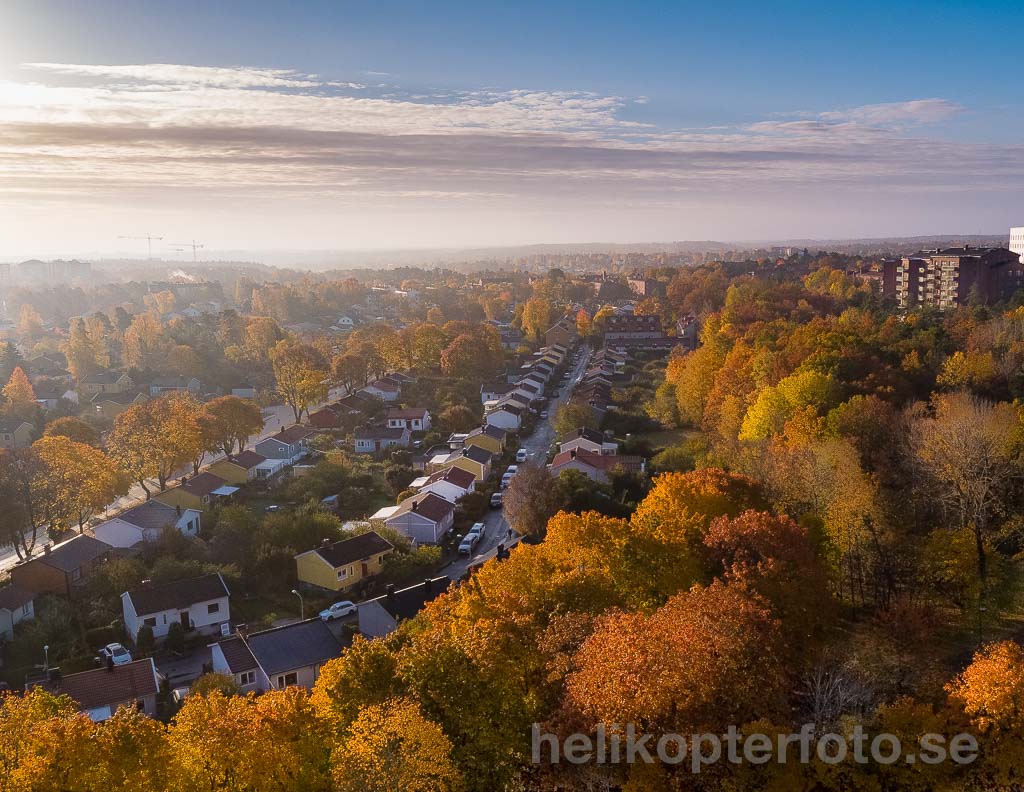 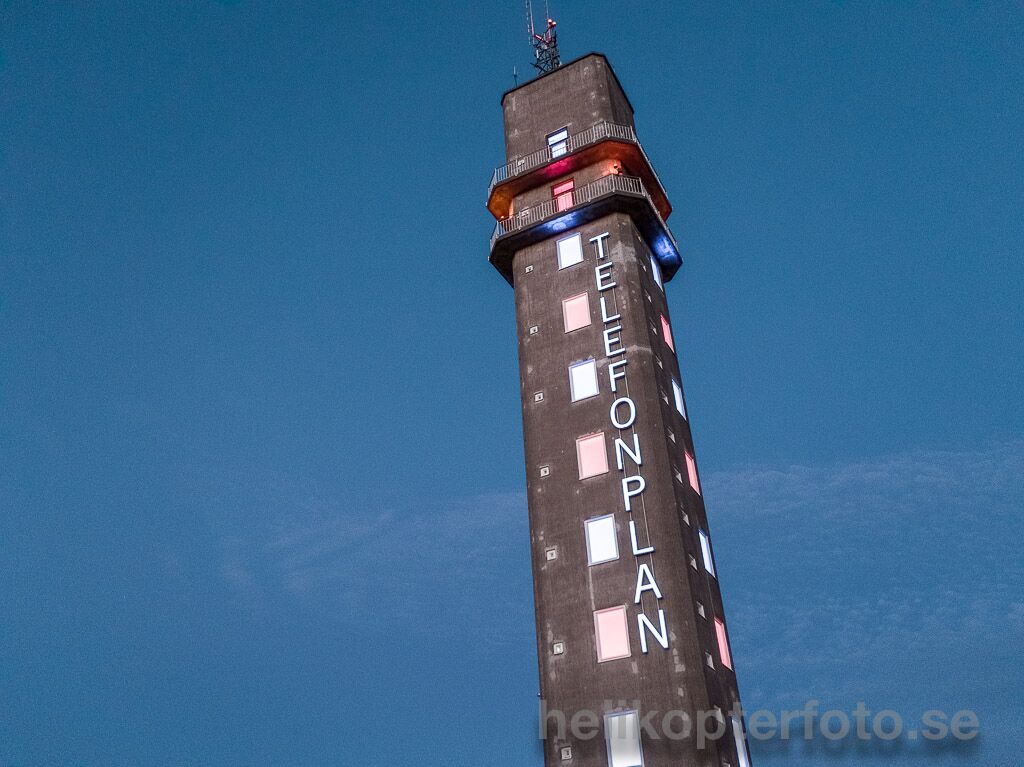